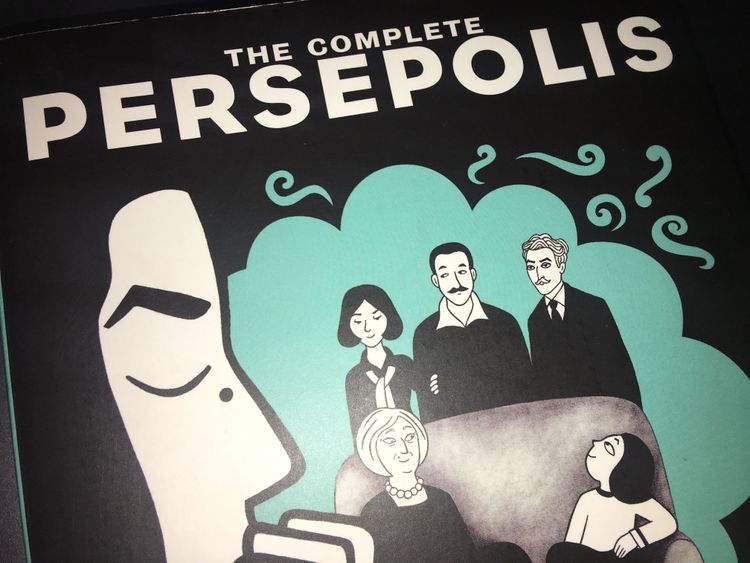 The Contemporary Arts Center is hosting a special screening of the award-winning film Persepolis, an animated biographical drama based on the graphic novel of the same name. The story tells of the coming-of-age of a young girl against the backdrop of the Iranian Revolution. 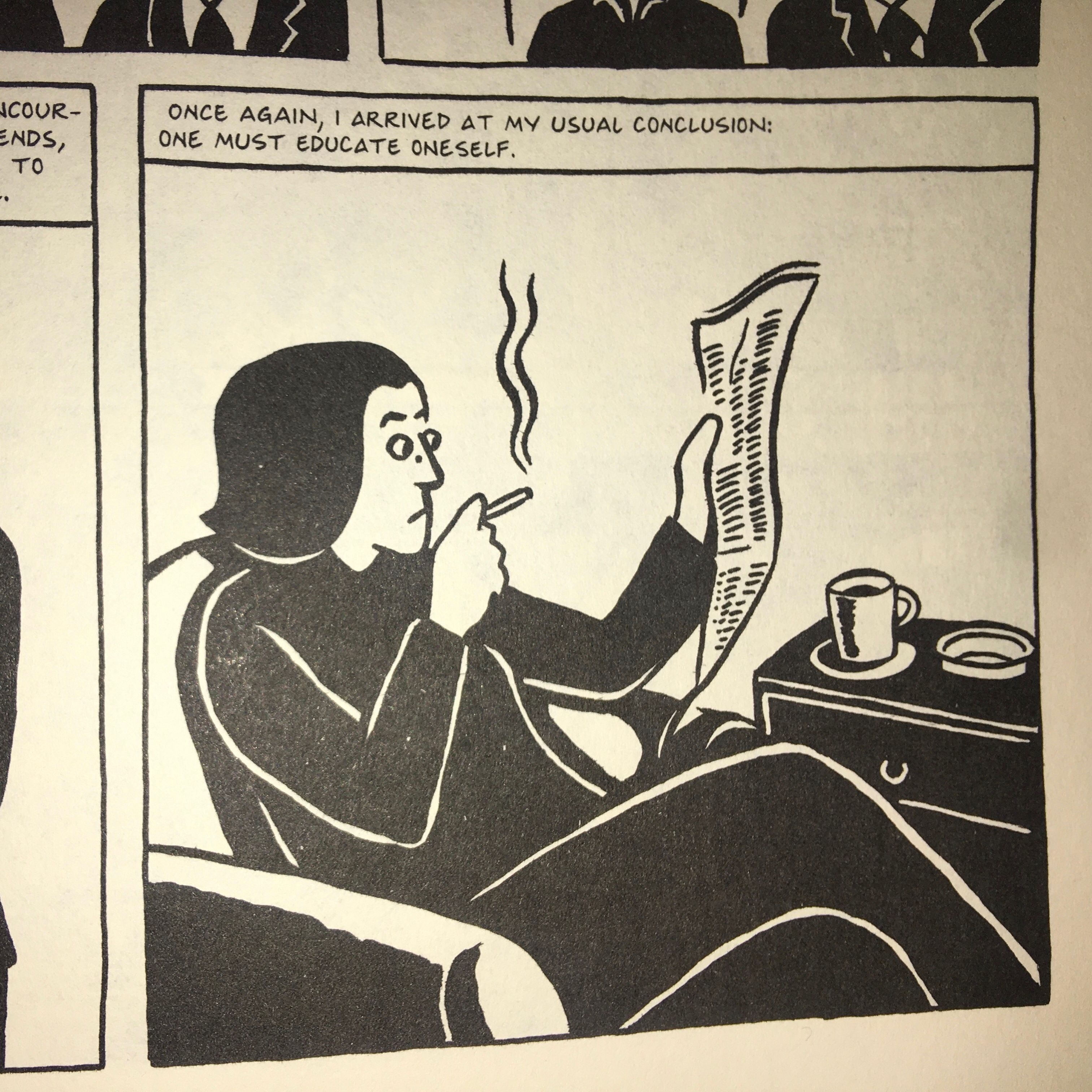 “Once again, I arrived at my usual conclusion: one must educate oneself.”
-Marjane Satrapi
Persepolis: The Story of a Childhood

While the current news out of Iran is both at once heartbreaking and inspiring, it’s easy to forget that the groundwork for today’s protests were paved in generations of internal and external conflict. Iran’s portrayal in American popular media and news, as a nation of religious fanaticism and adherence to backwards-leaning values, is most often razor-focused on the controlling authoritarian regime. Memorable films that feature Iran (like Argo, Not Without My Daughter, and Top Gun: Maverick) tend towards showing Iran as a country monolithically hell-bent on killing Americans. What’s often left out of these depictions of Iran is the nuanced discussion of Western (and American) contributions to the rise of the fundamentalist Iranian government and, more importantly, the humanity and complexity of the Iranian people.

The graphic novel Persepolis and its 2008 film-adaptation spares no nuance. This autobiographical tale follows the author Marjane, a grand-daughter of Iranian royalty and daughter of revolutionaries, as she grows-up, loves and loses, and experiences life both pre and post-Revolution and from both within and without Iran. A touching tale of familial love and perseverance, Persepolis could easily be mistaken as a beautiful coming-of-age story if not for the heartbreaking history which Marjane bears witness to. The friends and family in Marjane’s orbit struggle for their freedoms, first against the oppressive Western-backed Shah and then against an oppressive theocracy. Some relent, some compromise, while some keep the dream of a free Iran alive.

It’s this generations-long struggle that Persepolis helped me understand -and relate to- the people of Iran in a way that no documentary or newspaper article could.

What other people are saying:
"Persepolis lifts the veil of exoticism that has shrouded Iran and its people in pop culture, even pre-dating the 1979 Islamic Revolution, and reveals them to be as real as you and me. The people of Iran are not their government, just as it is in America. Watching a piece of art like Persepolis that calls out fascist and theocratic regimes is one of the best first steps to supporting a people who are struggling to be heard. This support is of the utmost importance, especially now, in the wake of the murder of Mahsa Amini and the daily protests in Iran calling for the end of the Islamic regime. Zan, zendegi, azadi. Women, life, freedom."
- Leyla Shokoohe
Second-generation Iranian-American and Cincinnati-based journalist

"Persepolis is another great example of how comics and animation can give us windows into other peoples’ lives and their culture. Experiencing our differences is how we can discover how we are similar."
-Jay B. Kalagayan
MeSseD Comics and AACAC board member

Join the CAC and the community for an evening focused on the historic events taking place in Iran.
Organized in collaboration with local artist Lunaz and with the support of TT Stern-Enzi with the OTR Film Festival, the CAC is pleased to offer a screening of Persepolis, an animated biographical drama based on the graphic novel of the same name. The story tells of the coming-of-age of a young girl against the backdrop of the Iranian Revolution.

Donations received at the event will go toward Iranian Diaspora Collective, a non-partisan, multi-faith group dedicated to amplifying the voices and advocating for the demands of people inside Iran; and the Geev, a project that fights internet censorship and digital rights for Iran.

Discussion with panelists Lunaz and TT Stern-Enzi with a focus on the feminist movement and human rights protests currently taking place in Iran. Followed by an audience Q&A in response to the graphic novel and film.

->> CLICK HERE <<- for more details and to reserve tickets
Admission is free for CAC Members, $10 for non-members.