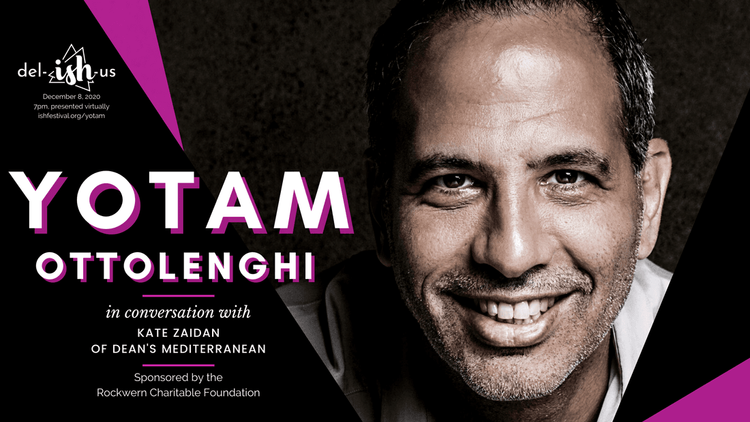 Yotam Ottolenghi’s influence on modern American cuisine cannot be understated. Which is somewhat surprising, given that he’s an Israeli chef specializing in Middle Eastern food who cut his culinary teeth in London. But since the publication of his wildly popular cookbook, Jerusalem: A Cookbook, co-written with Palestinian chef Sami Tamimi, ingredients like preserved lemons and pomegranate molasses are now practically pantry staples across American kitchens.

Ottolenghi is (virtually) here in Cincinnati promoting his new book, Ottolenghi Flavor, thanks to the Ish festival and the Rockwern Charitable Foundation. The event, originally scheduled to be held in-person, deploys some creative online engagement to round out the program. Audience members can order Ottolenghi-inspired meals from The Welcome Project, Zula, and other restaurants and can purchase signed books and other VIP perks. The interview will air on Youtube Live and ticket holders can tune-in as a community.

Cincinnati has certainly had our fair share of celebrity chef moments; Guy Fieri paid a visit to OTR’s Pho Lang Thang in 2014 and Christian Gill of Boomtown Biscuits made waves when he won the Food Network’s Thanksgiving Challenge last year. The interview with Ottolenghi further cements Cincinnati as a world-class food city, with a palette expanding far beyond our German Goetta and chili. 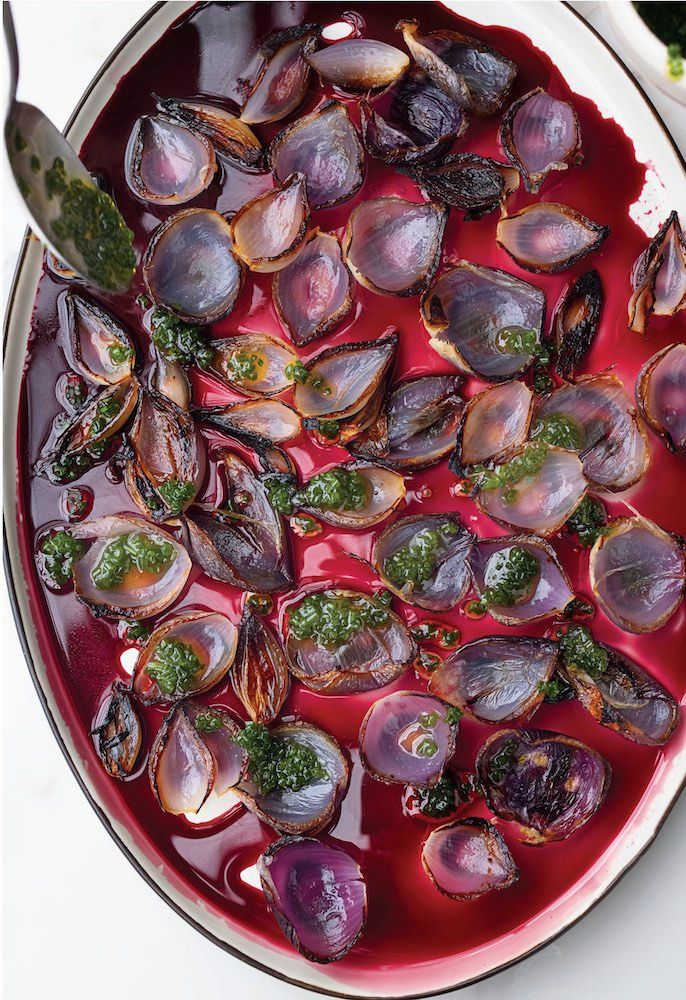 Ottolenghi is adored around the world and has the book sales to prove it, though much of his writing defies conventional wisdom. It’s sometimes known as the “Ottolenghi Effect.” He has built an unlikely culinary empire: his food favors vegetables over meat and his unique “flavor bombs” are sometimes difficult or impossible to find in countries where his books are sold. His credentials speak for themselves: he has written a vegetable-centric column for The Guardian since 2006, teaches a Middle Eastern cuisine course on Masterclass, published eight internationally best-selling cookbooks, and hosted television shows and documentary films -all while overseeing three delis, two restaurants, and a brasserie in London.

So what is it about Ottolenghi that inspires this wild success? His recipes are at once approachable and exciting, not to mention mouthwateringly photogenic. He combines ingredients in surprising ways, featuring layers of flavor and texture. But beyond the food itself, however, it is Ottolenghi’s voice—honest, straightforward, passionate and generous—that has launched his career. Built into his recipes are stories of home, bustling marketplaces, carefully chosen produce, grandmothers from around the world, and more ways to cook cauliflower than you ever imagined. 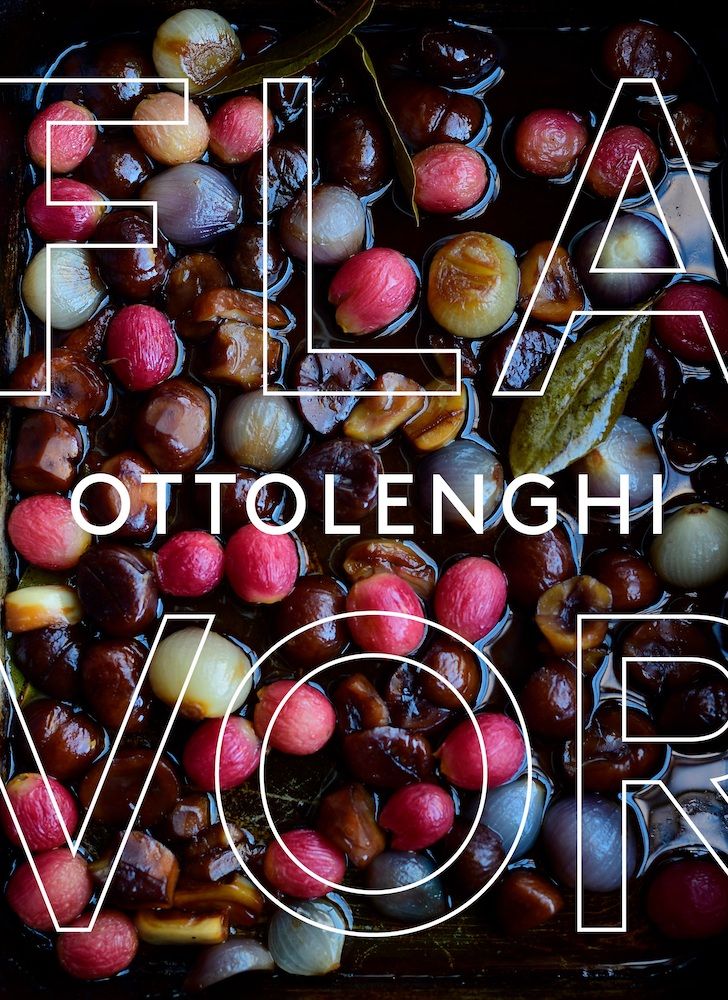 If his other books, like Jerusalem, featured recipes precise enough to follow to a tee, Flavor is supporting aspiring chefs to develop their own cooking repertoires. In the same vein of Salt, Fat, Acid, Heat by his contemporary Samin Nosrat, Flavor offers a guide to… well, flavor, and how to build it. This is a book to sit with, perhaps with a cup of tea and a slab of very dark chocolate, and read from front to back. Ottolenghi offers us a road map to building the flavors he has so thoughtfully outlined in his previous books by explaining the role of specific processes and powerhouse ingredients.

In Flavor, Ottolenghi draws on the culinary knowledge of Inxta Belfrage, a chef whose background (Born in London to a Brazilian/Mexican mother, who spent time in Italy as a child) is as complex as the recipes themselves. 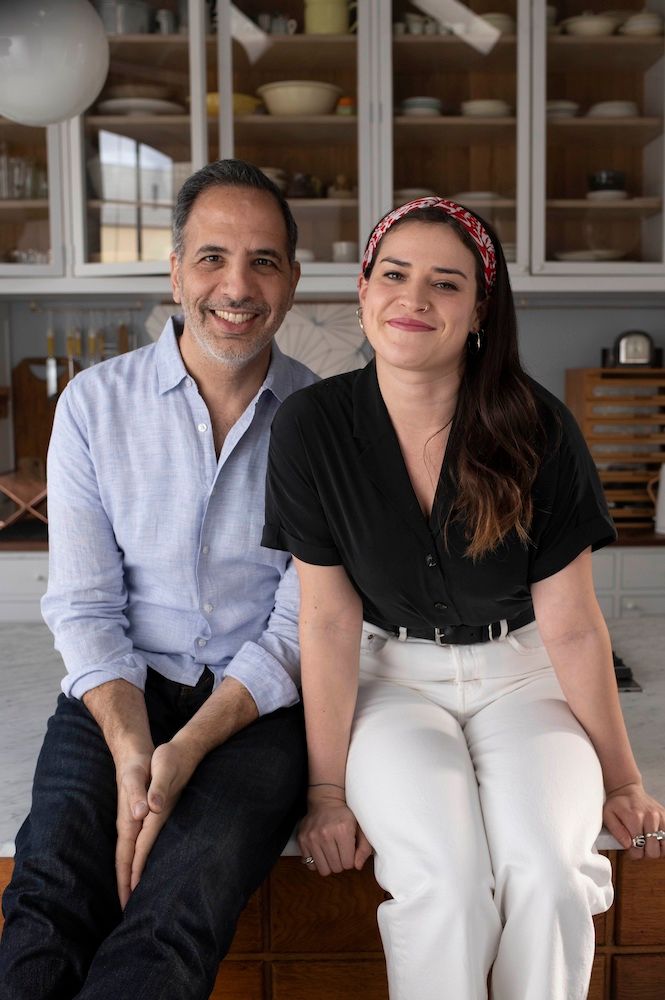 He is a chef that draws on the knowledge and inspiration of his dynamic set of writing partners, most of whom started in his restaurant. Starting wiith Sami Tamimi, a Palestinian living in London, his partnerships have shaped his culinary repertoire and helped to inspire his creative concepts that have driven his writing career.

This culinary dynamism is reflected in the Ottolenghi group's latest mission statement: “The Mediterranean influence is still strong in our cooking but we are as likely, these days, to be reaching for the mirin and miso as we are towards the pomegranate molasses, olive oil and date syrup. The cupboard is wide, the menu ever-changing and the experiments ever-underway.”

As such, Flavor is one of his most diverse books to date. If Jerusalem took an ancient and storied cuisine of Middle Eastern food and elaborated on its techniques and ingredients, Flavor takes us around the world -combining cultures and ingredients in new and different but ultimately harmonizing ways. Ottolenghi refuses to pin down dishes to a particular home, and instead catalogs ingredients by their function, using quotes like “Chiles, like ferments, run across cultures like busy diplomats” to encourage readers to take some leaps in fusion cooking and let the flavor do the talking.

This is not a random combination of ingredients, though. Take his “Fusion Caponata with Silken Tofu,” a play on Sicily’s sweet and salty roasted eggplants but with silky mapo tofu. Traditional caponata pairs unctuous honey-roasted vegetables with capers and olives; Ottolenghi replaces them with Shaoxing wine and soy sauce. Rather than being “confused and without focus,” as the recipe notes indicate, Ottolenghi combines these cultures with thoughtfulness and care. His idea is that, yes, food is meant to be playful and creative but there are structures and boundaries to work within. This is not some corny fusion effort, combining things at random, but comes from a deep appreciation of culture, culinary history, and most importantly a profound knowledge of how ingredients and process combine to make tantalizing dishes worthy of your next celebration. 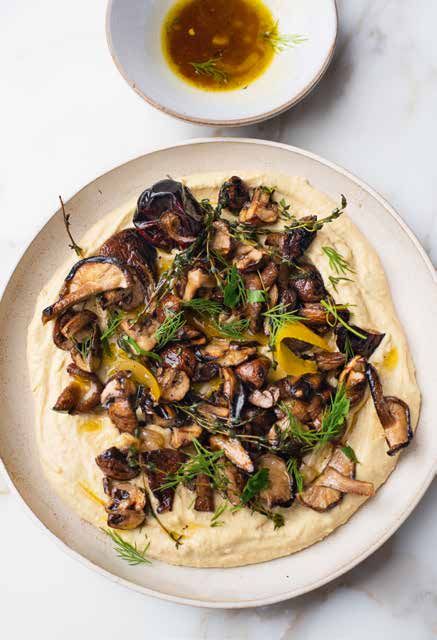 Ottolenghi’s unique contribution could not come at a more important time. The mainstream culinary landscape is craving authenticity, leadership, and deep conversations. Leading publications like Bon Appetit are coming under fire for treating Black and Brown contributors as props and clickbait while underpaying them and denying them full-time positions at the magazine. This book does more than just give lip service to culturally-inspired cuisine, it is elevating and combining ingredients to contribute to larger conversation.

Cincinnati’s own Ish Festival is the perfect venue for his talk. Ish “explores the wide spectrum of what it means to be Jewish and Israeli” and uses a broad definition of arts and culture to achieve their mission. “We’re so much more than a festival, we’re really trying to connect the dots between culture, community and art,” said Marie Krulewitch-Browne, Executive and Artistic Director of Ish. “What better way to celebrate the best of who we are than with an evening toasting the best of Jewish cuisine and the stories of immigrants who make this city what it is?”

Even in 2020, as our events, dinner parties and holiday celebrations have been dampened by Covid-19, we are finding ways to reach across the table and share a meal. We have chefs like Ottolenghi to thank for the inspiration.

Get your tickets at IshFestival.com