Celebrated every autumn by nearly one billion people, Diwali is one of the world’s most significant holidays. It usually falls in between October and November, but occurs on different days each year because the Hindu religious calendar is lunar.

Diwali festivities last for five days, and they are celebrated across many different cultures and religions from the Indian subcontinent, such as Hinduism, Sikhism, Jainism, and Buddhism. In Hinduism, Diwali is a five day long festival, with each day having a specific theme or tradition, and commemorating various deities such as Rama, Krishna, Lakshmi, and Vishnu. Jainism celebrates Diwali as a marking of when their spiritual leader Mahavira achieved a spiritual awakening, and Sikhism celebrates Diwali in remembrance of their sixth guru, Guru Hargobind Ji, being freed from imprisonment. Even though there are a multitude of cultures that celebrate Diwali, the essence of Diwali is simple!

According to Asianati reader Shrenik Sanghvi, Diwali really boils down to “good food, fun with family & friends, and celebrating with fireworks”, along with the shared cultural themes of the eternal triumph of good over evil and festivities emphasizing togetherness, prosperity, friendship, and family.

How is Diwali celebrated?

Asianati reader and food enthusiast Ashok Tandon, who has been living in the U.S. for over twenty years, says that in India; “the festive atmosphere (of Diwali) starts several weeks early with houses, stores, streets decorated with lights and “stores are set-up along streets selling various items unique to Diwali”. When the time for Diwali finally comes around, people “...begin visiting each other and share snacks and sweets with each other” and a lot of businesses “...offer Diwali bonus to their employees and there are Diwali discounts everywhere”. In America, while festivities may not be as widespread, things can get just as festive in households! For instance, in new Cincinnati resident Kani Loganathan’s household, her family has the “...best meal (of) the year, complete with twelve to sixteen dishes which are carefully curated and prepared weeks in advance”, with at least half of the dishes being “dessert sweets that are soaked in ghee and sugar”. After the long and hearty meal is over, her family likes to end the night off with “a long session of bursting crackers that light up the night sky in beautiful vibrant colors”! While Diwali may seem like a complex holiday due to its religious themes and broad influence in various cultures, anyone can participate in the festivities and eat the delicious food!

What should I eat during Diwali?

There are so many dishes that you can try to celebrate Diwali this year! Some popular dishes include: 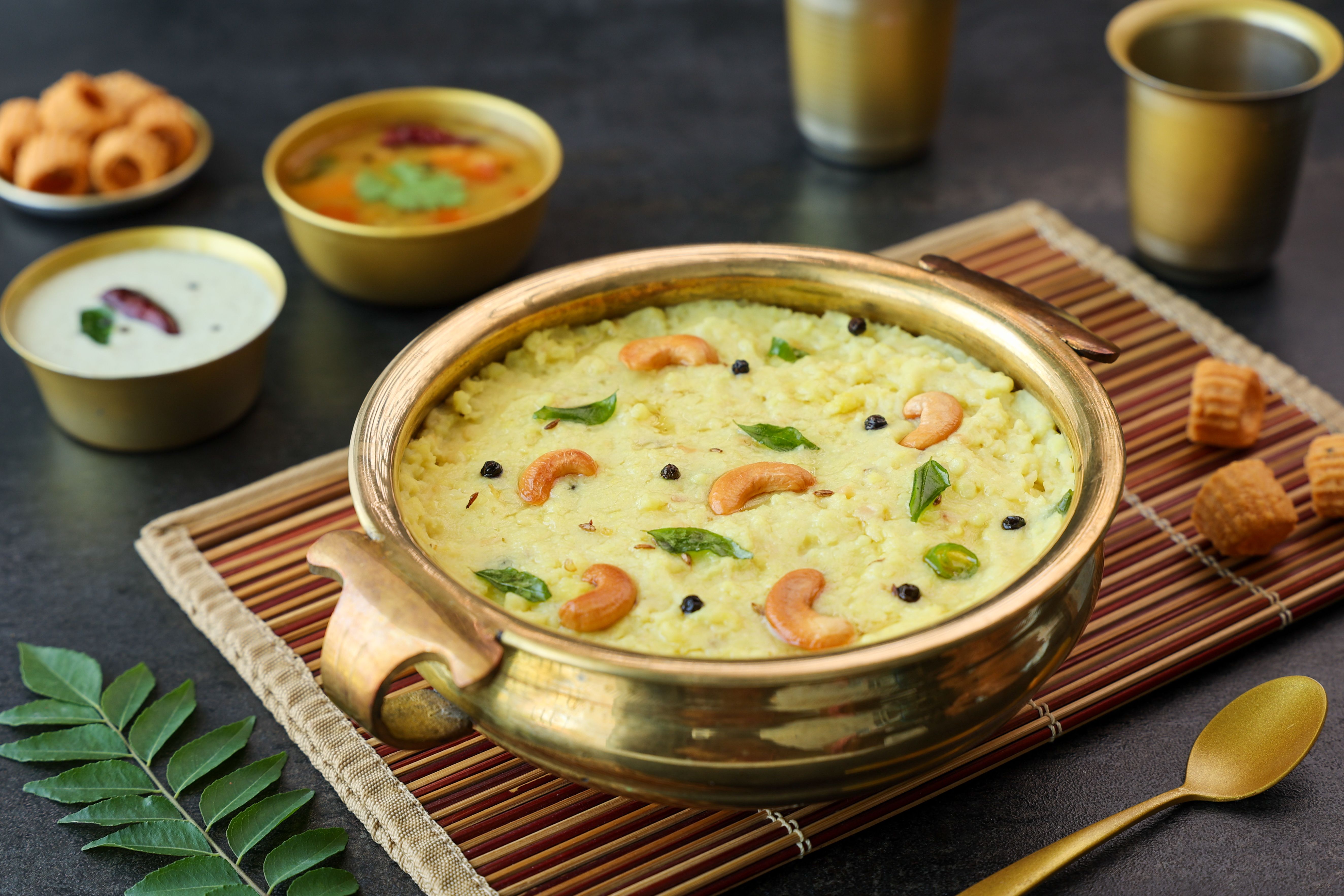 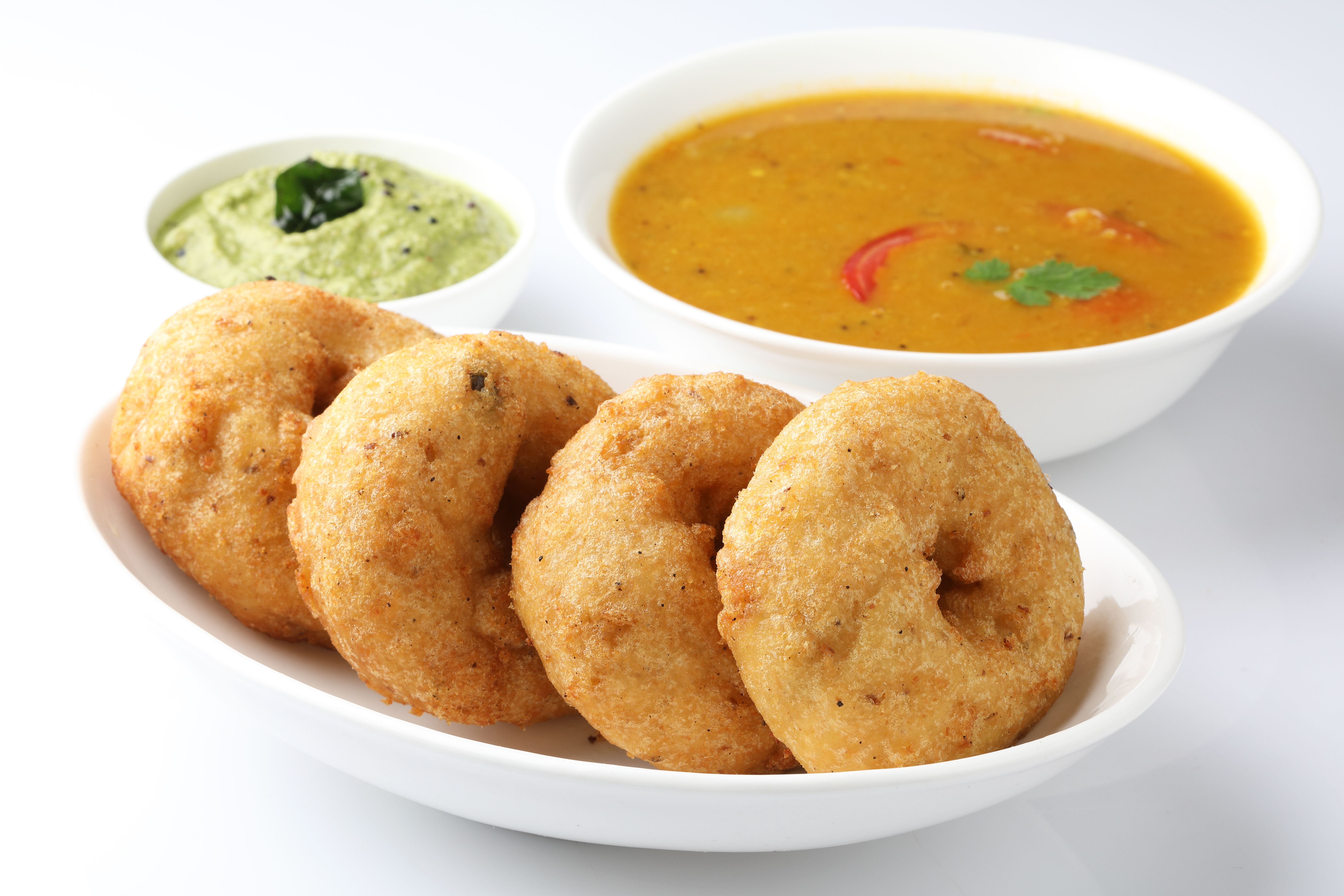 Vadai: savory fried snacks that can be comparable to donuts, cutlets, or dumplings. There are multiple varieties of vadai, such as masala vadai, palak vadai, and bonda vadai, which has potatoes, garlic, and spices. 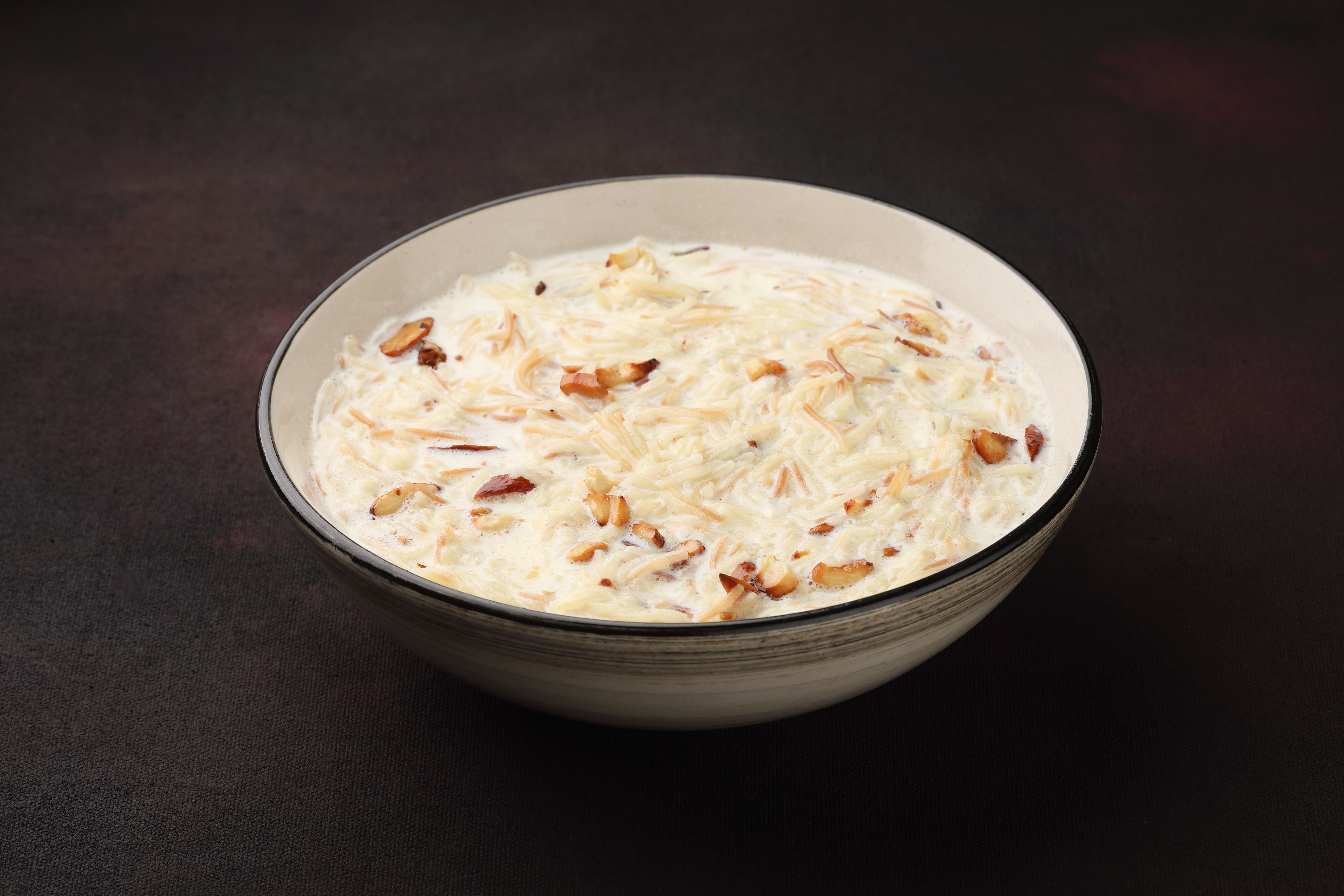 Payasam: also known as kheer, payasam is a type of pudding dish that can consist of milk, rice, sugar, ghee, nuts, and raisins. 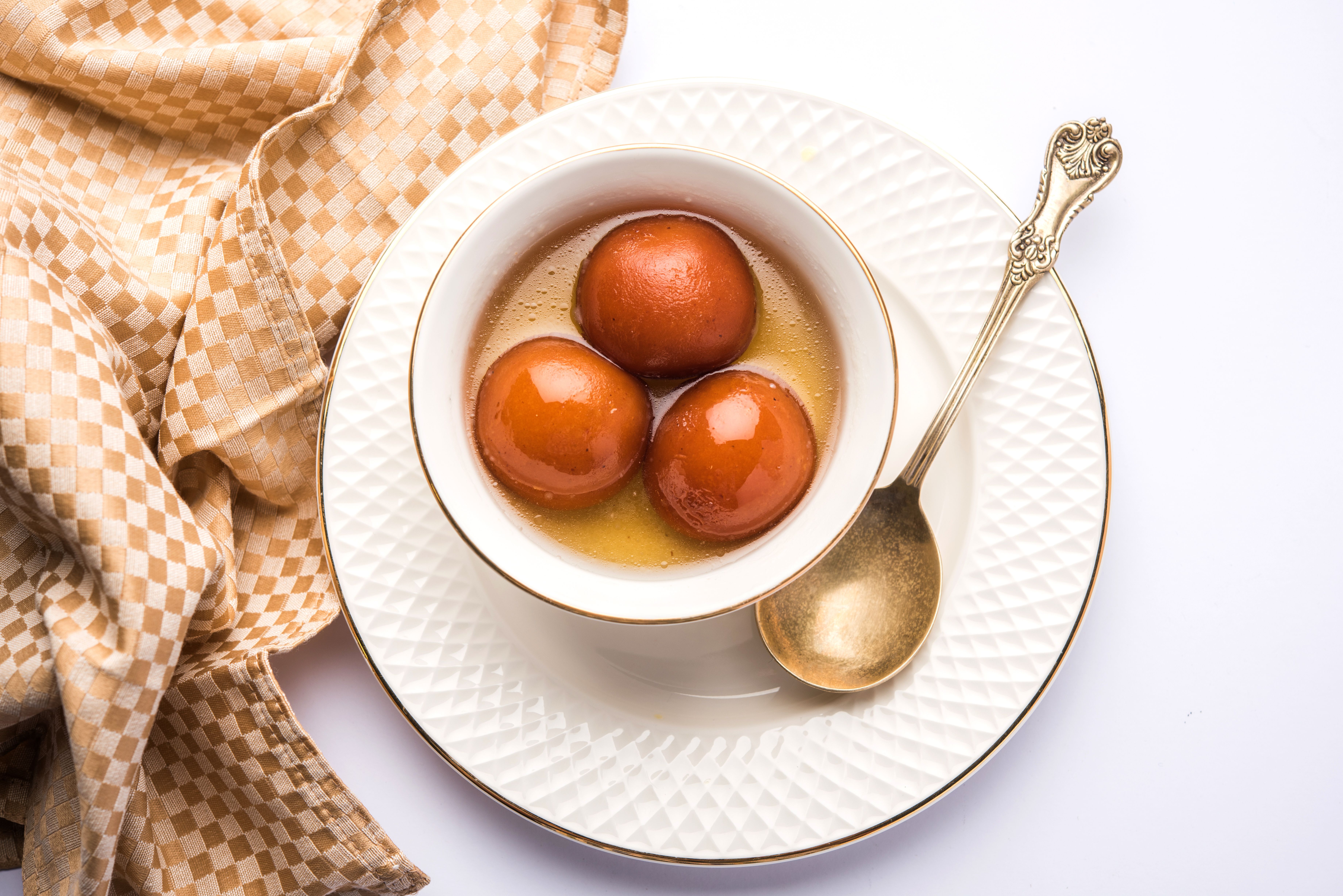 Gulab Jamun: a solid sweet that is around the size of a small orange, gulab jamun consists of milk solids and powdered milk and sugar. It can be topped off with nuts such as almonds and cashews. 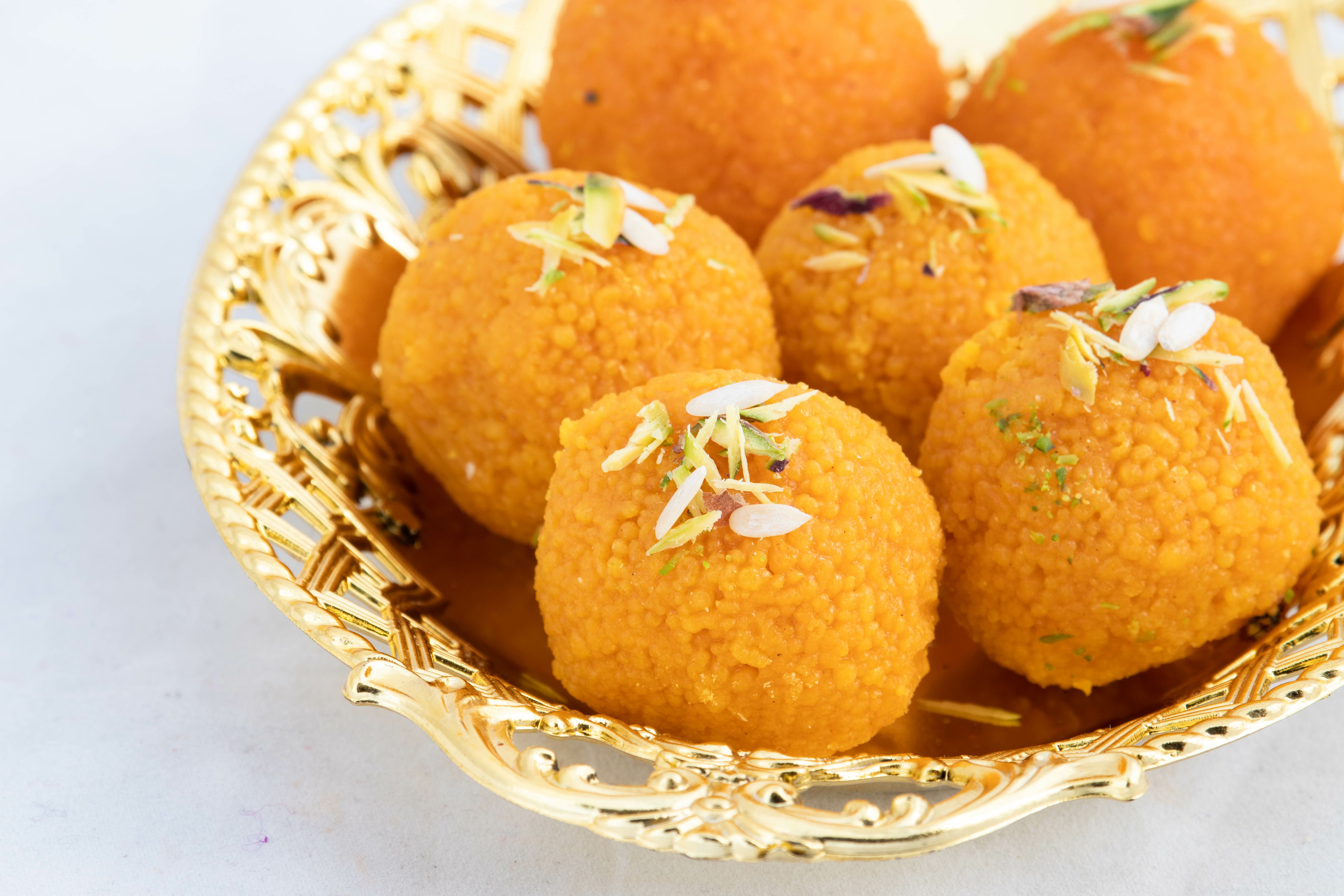 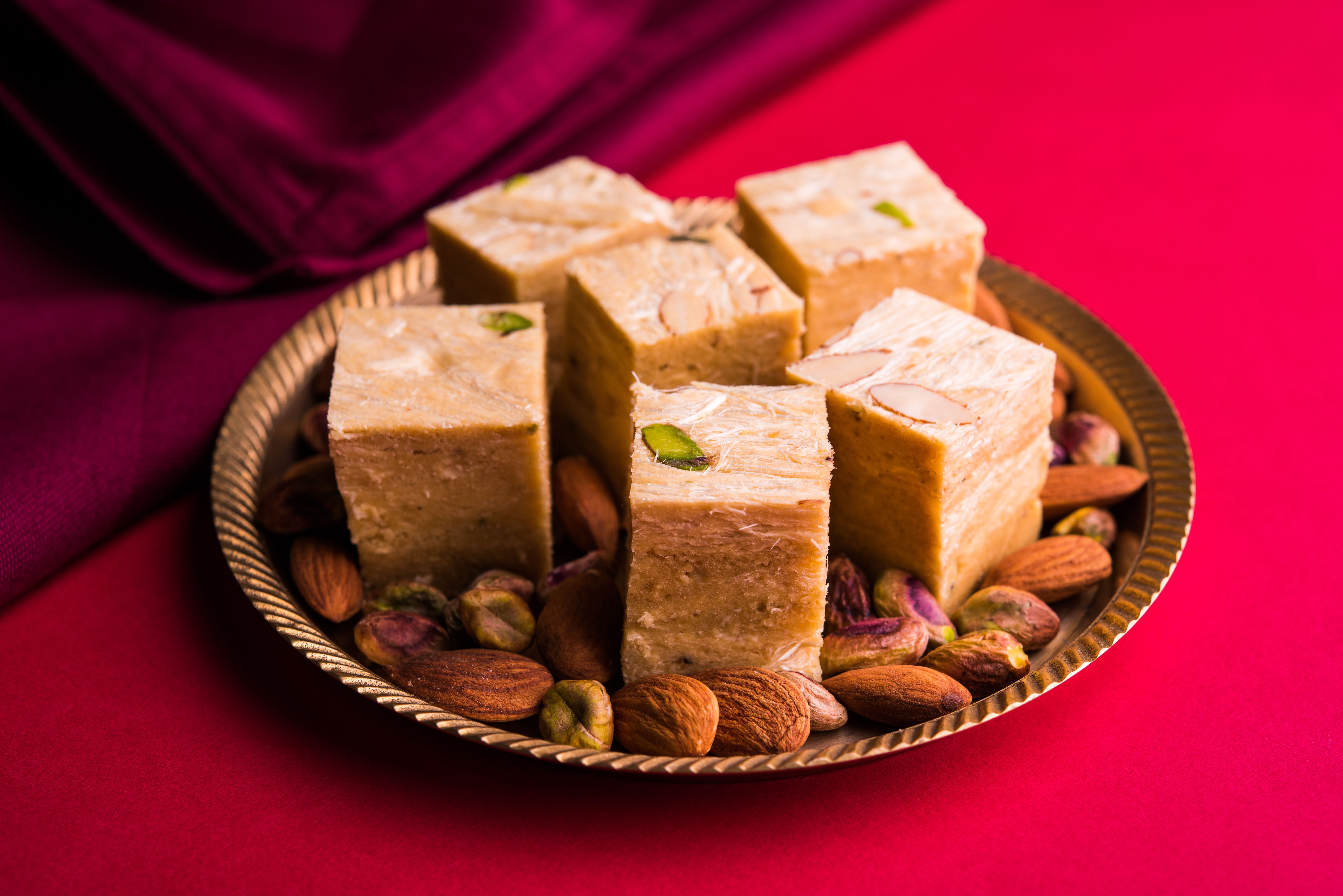 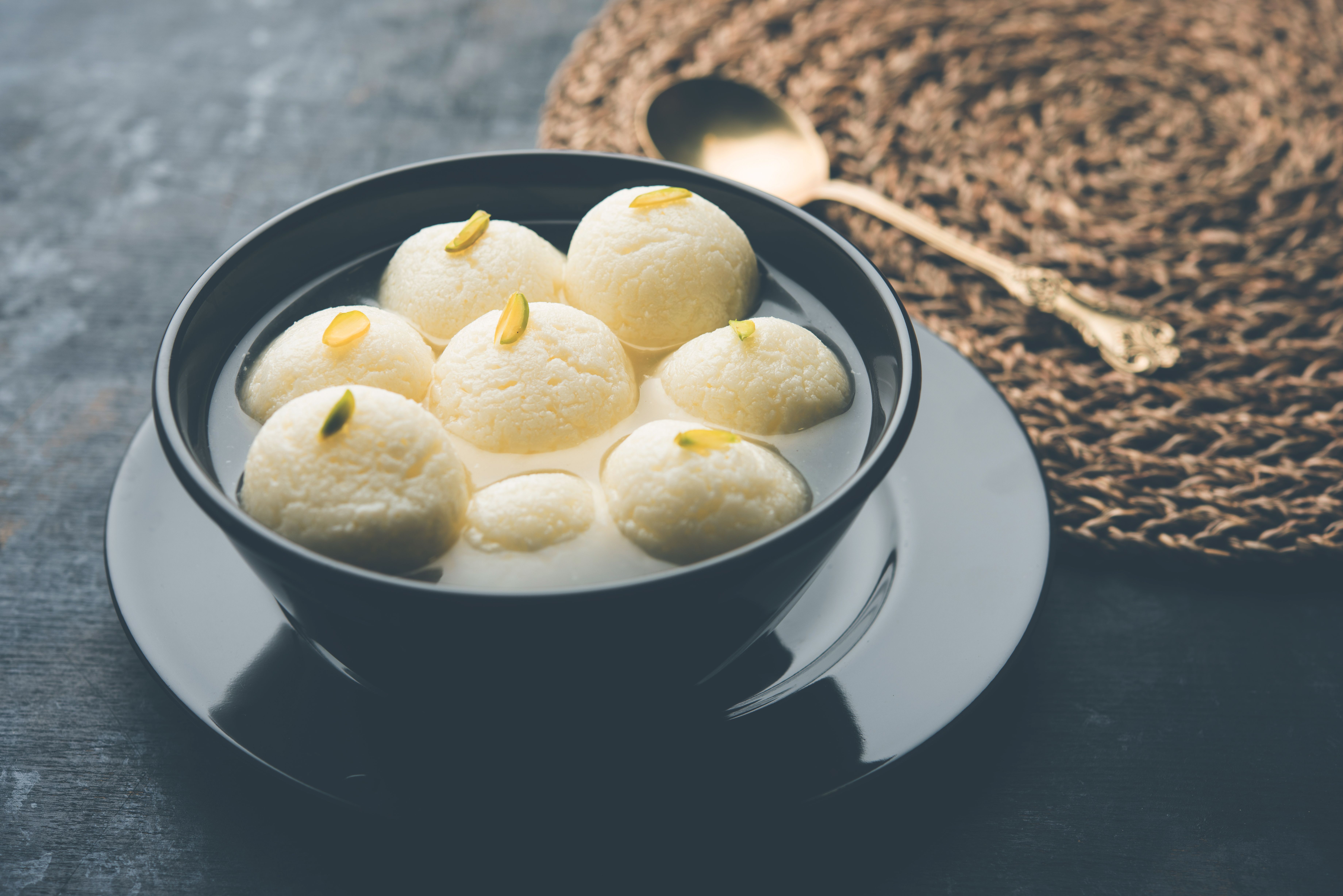 Rasgulla: ball-shaped dumplings made from chhena and semolina dough and boiled in a sugary syrup. They are particularly popular in Bangladesh. 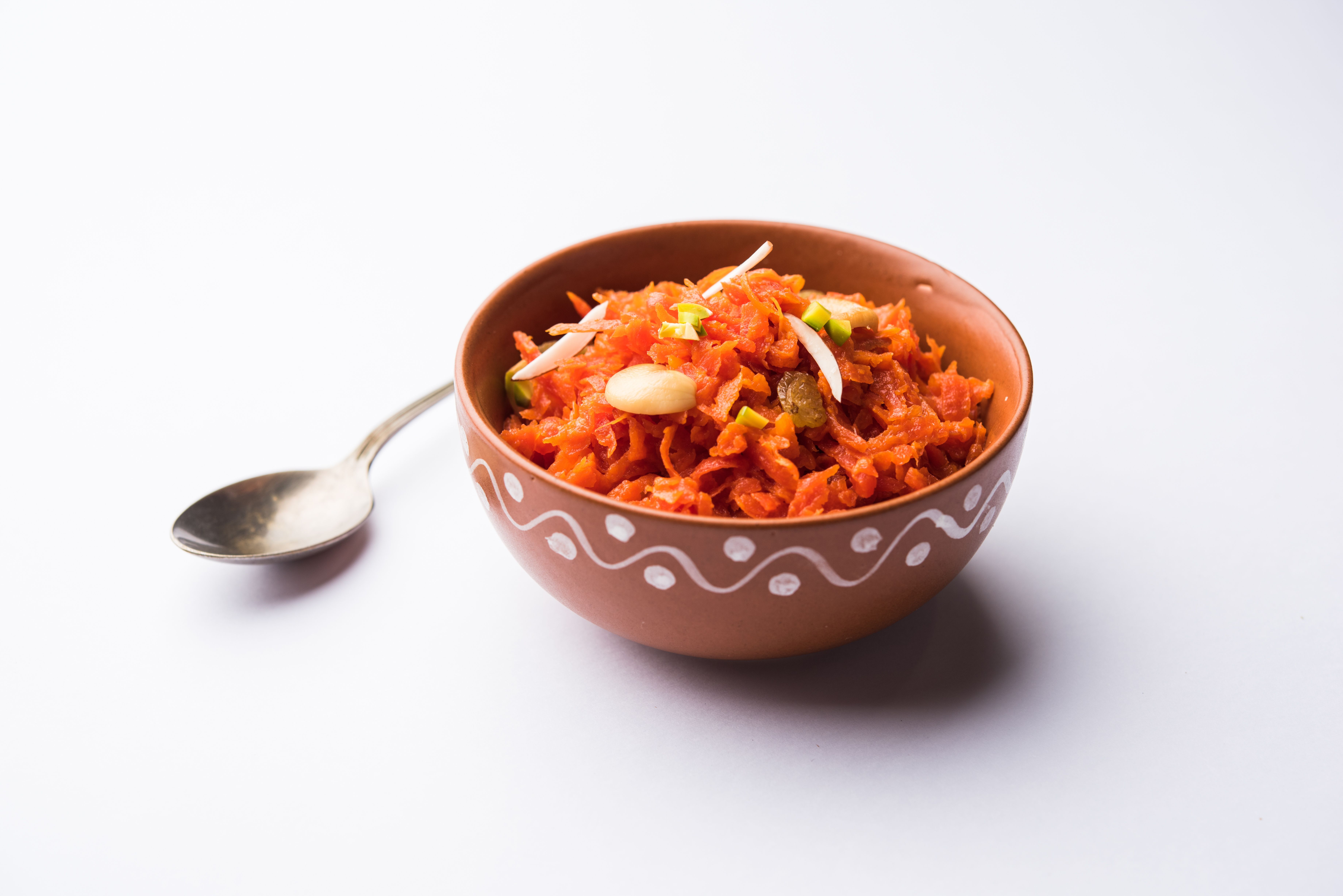 Gajar ka halwa: pudding-like rice made flour, seeds, and nuts, and sweetened with sugar and honey. Halwa has many flavors, and gajar (carrot) is one of the most popular ones. 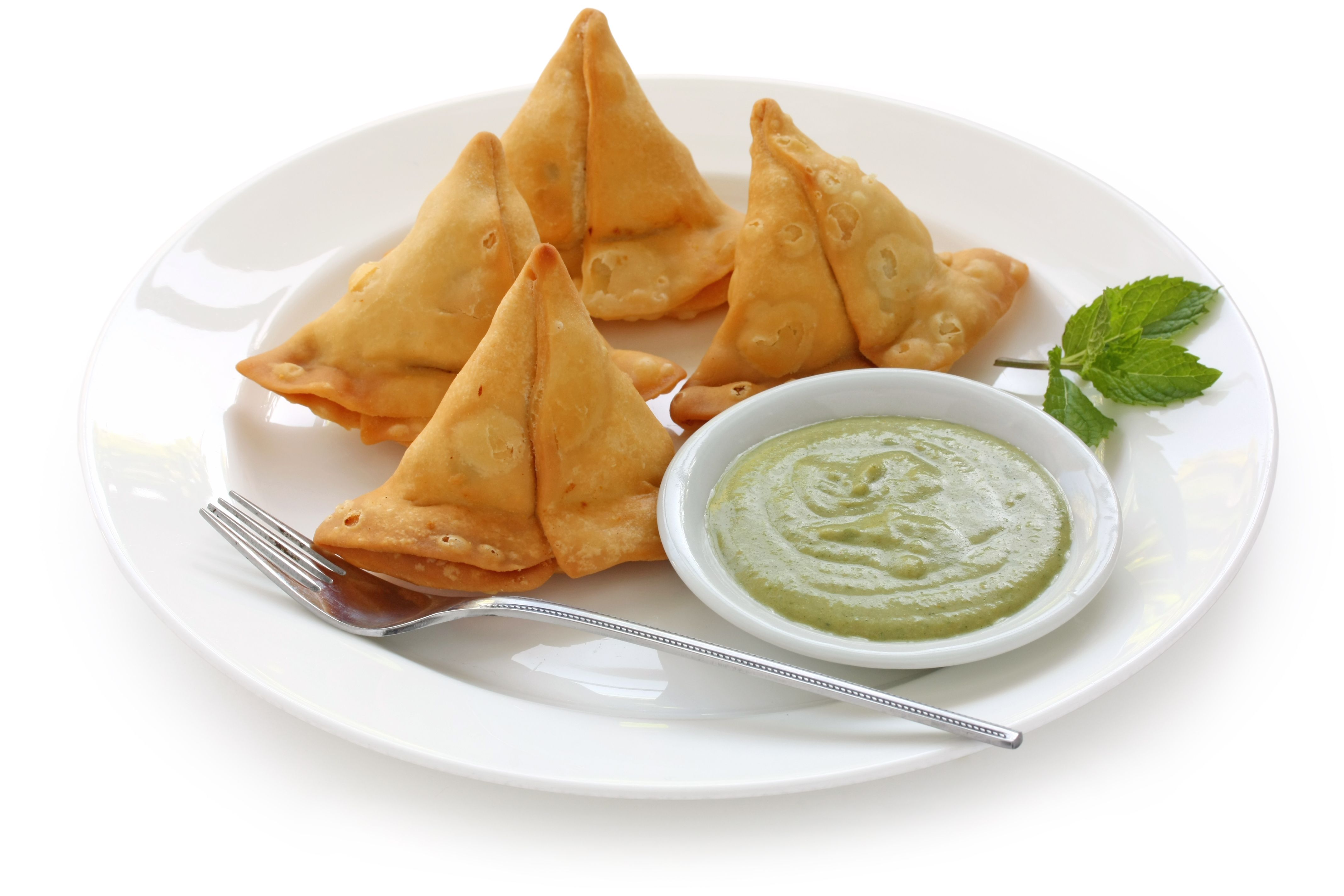 Samosa: a triangle-shaped fried pastry that can be filled with many foods, such as potatoes, minced beef, chicken, onions, or peas. Samosas typically come in two forms, with one form being small and fully triangle-shaped with the other form being cooked in a different breading and being much wider in size. 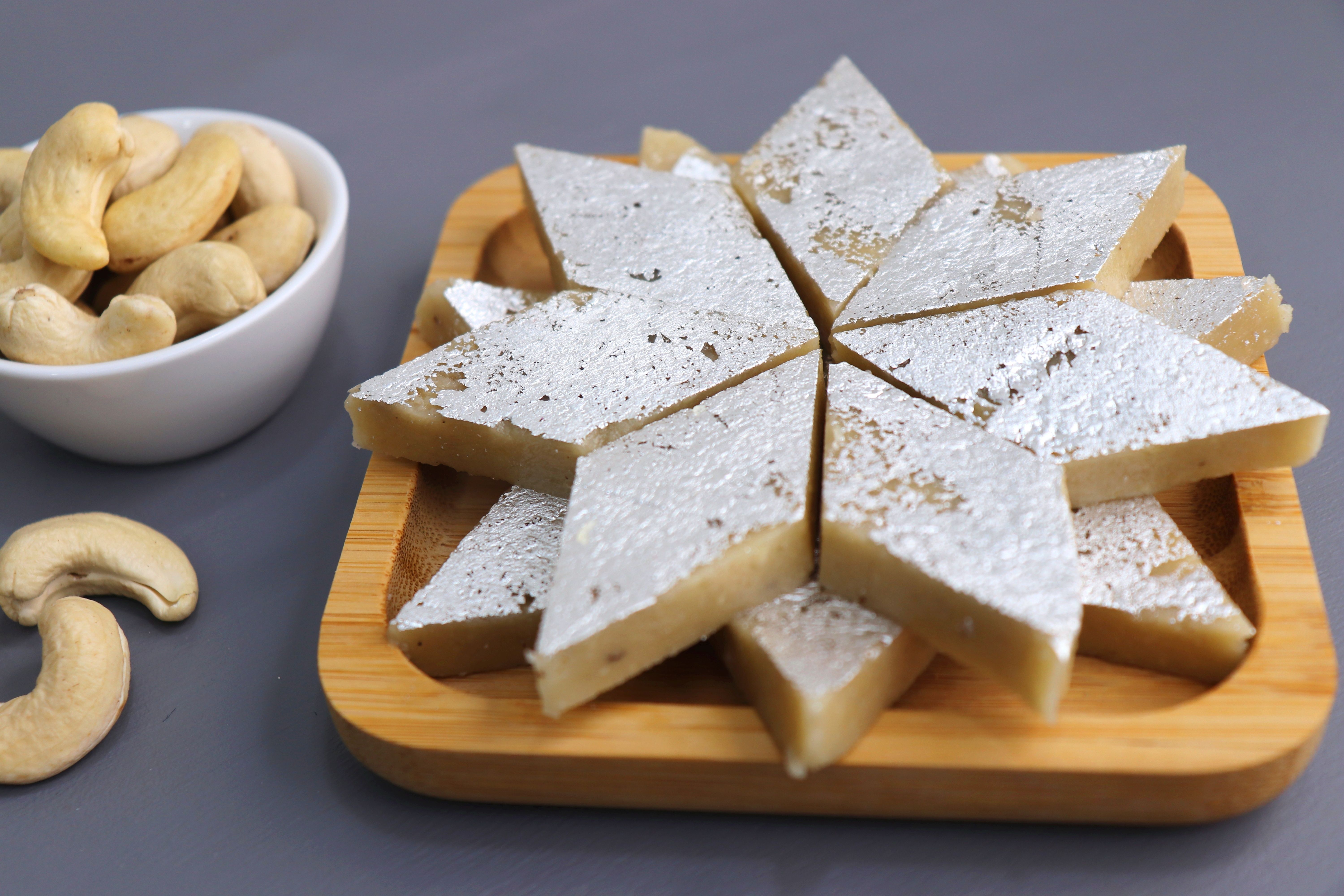 Kaju katli: literally translating to “cashew slice”, kaju katli is a flavor of barfi (square-shaped pieces of solidified and sugary milk powder) made with cashews. 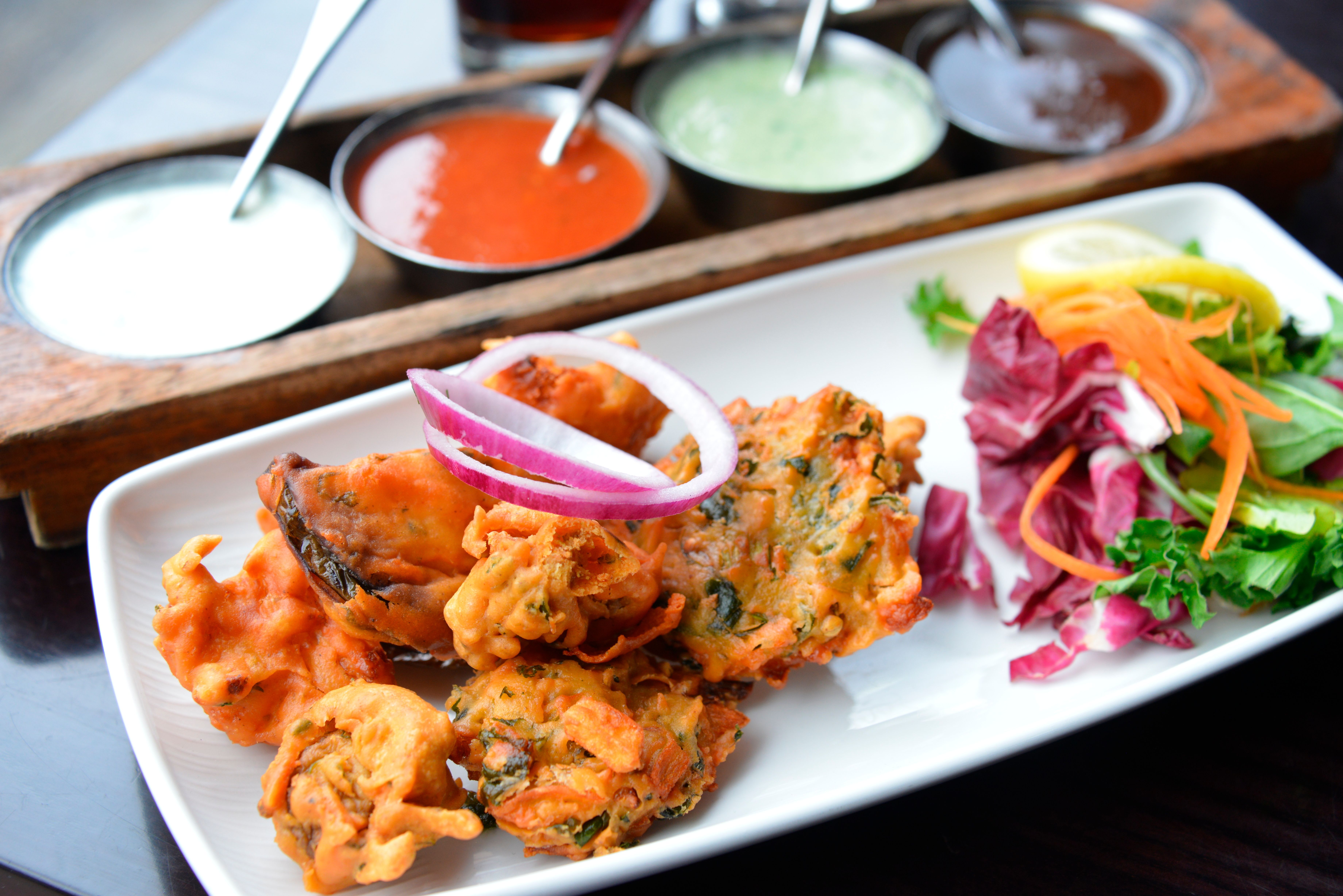 Pakora: a spiced fritter made with deep-fried gram flour batter. Pakoras are one of the most popular street snacks in the Indian subcontinent, and they usually consist of potatoes and onions. However, they can sometimes include fried meat as well.

There is so much to celebrate and be thankful for this Diwali! We hope you can find some good friends, light some clay lamps, get some tasty sweets, and harvest up some fun!

Happy Diwali from the Asianati team!