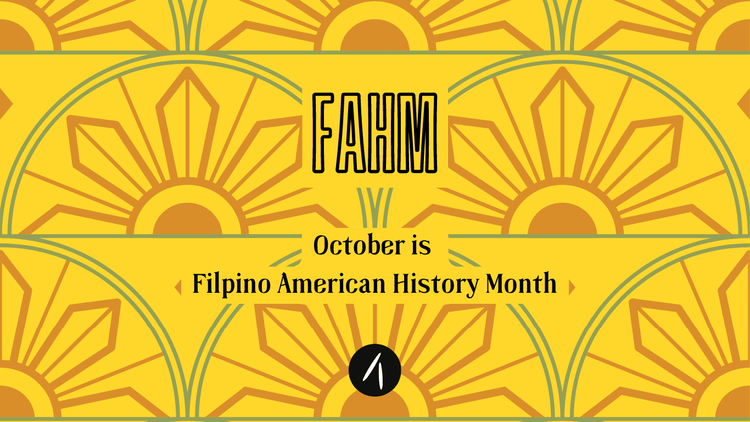 This month of October focuses the spotlight squarely on Filipino Americans: US natives and immigrants that trace their lineage directly to the tropical islands of the Philippines. FAHM, or Filipino American History Month, has happened every October since its inception in 1988, which became nationally recognized by 2009. While Filipino Americans are the second largest Asian American group in the nation, many are still relatively unaware of how prevalent they are in this country because cultural and media exposure have largely leaned towards those of East Asian descent. Although our city of Cincinnati itself boasts a small population of Filipinos (under 2,000), it only accounts for .14% of the city population–in contrast, the largest percentage falls squarely in Los Angeles, California–about 12%, or around half a million people. But with the numbers steadily climbing, it’s beyond time to raise awareness for an often overlooked yet vibrant portion of the Asian American diaspora. With that said, here are ten unique facts about Filipino Americans to brush up on your cultural knowledge, to add to your arsenal for random trivia nights, or just to pique your interest!

-The Philippines is the only country to be fully colonized by the United States, starting in 1898–it lasted about 48 years, taking over from Spain’s governance, which lasted 333 years beforehand.

-Wars were fought, and won, to regain independence, thus marking every June 12th since 1946 as Philippines Independence Day. Annual celebrations happen throughout the country, the largest of which takes place in New York City, every first Sunday in June.

-An under-acknowledged fact, Filipinos were the first Asian group to come to the US–indeed, they were on American soil long before America was founded. There are documents supporting evidence that Filipinos were here as early as 1587.

-One of the biggest Filipino American contributions resides in the current existence of our labor unions–with Philippine farm workers making up an integral part of the American Labour Movement in the 1960s.

-The ubiquitous and classic toy, the yo-yo, has been around for a very long time, originating from various ancient civilizations, but many widely credit the US inventor Pedro Flores, a Filipino American, for making it a household name. He patented and almost single handedly launched it into the stratosphere of popularity, making it the well-known toy it is today.

-Once a US colony, immigrants from the Philippines were considered US Nationals and had the ability to come and go without restriction. This however did not prevent them from being excluded and racially marginalized from many American hometowns and sentiments, and they faced anti-miscegenation laws in states such as Washington, California and Maryland–though with resistance from Filipino Americans and the support of other communities of color, these discriminatory bills were ultimately struck down.

-More than a quarter million Filipino American veterans served the country during WWII, with the promise of citizenship and benefits. However, these promises were not granted until 2009, under the American Recovery and Reinvestment Act which set out to partially remediate this misstep–and yet, many today are still fighting to receive full veteran benefits.

-Many singers, actors, and entertainers come from Philippine roots and you may not already realize you’re a fan of several: H.E.R., Prince, Olivia Rodrigo, Bruno Mars, Vanessa Hudgens, Apl.de.Ap, Nicole Scherzinger, Jo Koy, and Enrique Iglesias are just a few that come to mind.

-While karaoke was first invented in Japan, it was Filipino American inventor Roberto del Rosario who patented the modern karaoke system–in 1985, he was awarded a gold medal for best inventor from the United Nations World Intellectual Property. Indeed, many who love to rock out behind the mic know that the karaoke and the Filipino are basically synonymous.

-The first all-female rock band in the country, Fanny, was made up of Filpina Americans who banded together in 1969, and their prowess behind their instruments and magnetic stage presence were recognized by the likes of famous entertainers such as David Bowie and Bonnie Raitt. Due to a combination of circumstances they did not get their due recognition until very recently, and it is a story that is highlighted in their namesake documentary, Fanny, which came out earlier this year to raving critic reviews.