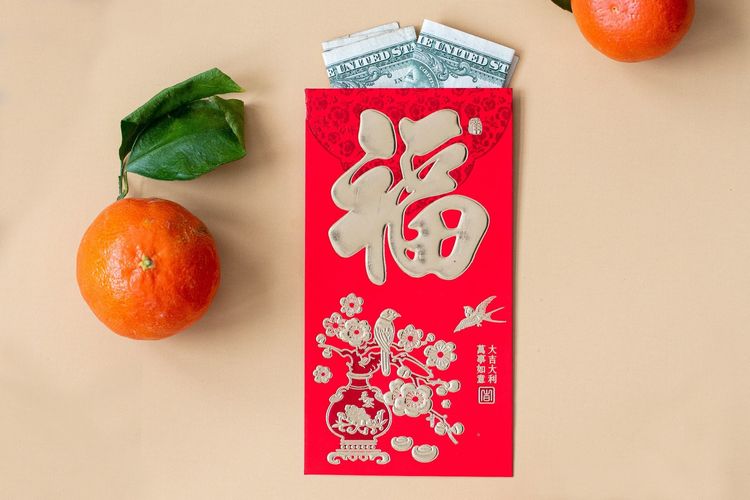 Lunar New Year (LNY) collectively refers to many of the East Asian celebrations of the New Year that follow the Lunar Calendar. Like other Lunar Calendar-based holidays, the dates shift on our Gregorian Calendar but usually fall in late-January or early-February.

For many Americans, the most familiar form of LNY is Chinese New Year. In China, the holiday is also sometimes called the Spring Festival and it is usually celebrated for about two weeks until the Lantern Festival. Traditional Chinese ways of celebrating the new year include decorating homes and businesses with red lanterns and other decorations, giving red envelopes full of money called hongbao to friends and family for good luck, eating many delicious dishes including dumplings signifying good luck, setting off fireworks and firecrackers, and enjoying lion and dragon dances. Another celebration aspect from China are the twelve zodiac animals to represent different years. The animals are rat, ox, tiger, rabbit, dragon, snake, horse, goat, monkey, rooster, dog, and pig. Each animal has their own characteristics that are supposed to translate to the people born in that year or another year of that animal, such as anyone born this year will be characterized as brave and confident like a tiger.

In Vietnam, LNY is called Tet or Vietnamese Lunar New Year. Celebrations can last up to a week and, similar to Chinese New Year, decorations are put up, envelopes of money are given out, parades go on, and feasts are had. Here, though, decorations can consist of peach blossom trees, kumquat trees, and orange trees to celebrate the changing of seasons. Feasts also consist of traditional Vietnamese food desserts such as banh chung and xoi. Vietnam also has their own twelve zodiac animals: rat, buffalo, tiger, cat, dragon, snake, horse, goat, monkey, rooster, dog, and pig, with 2022 still being the year of the tiger.

In Korea, the holiday is called Seollal and it is a three-day celebration. Often people take advantage of these three days to travel in-country or abroad to visit and celebrate with family members. Traditions include families wearing clothing specifically for holidays called seolbim, honoring ancestors by giving offerings of food and paying their respects, feasting, and playing games. A traditional soup eaten during the first day of the holiday is called tteokguk and it is made up of sliced rice cakes, egg, beef, and vegetables. A traditional game played is called yunnori, which is a board game for any age. This country also has their own twelve zodiac animals, with them being identical to the Chinese zodiac signs but the goat is replaced with a sheep. This year is called the year of the black tiger or Iminnyeon.

Here in Cincinnati, we have quite a few restaurants that have special LNY menus.

And, of course, this week is Asian Food Week -with over fifty participating vendors with exciting meal options at price points to fit every budget, it's easy to find a delicious meal to celebrate Lunar New Year.